The ongoing cryptocurrency market flash crash has shed off as much as $4.5 billion from the global crypto market capitalization in a week. The current dip was spiked by many factors which started with the Xinjiang blackout last week, an occurrence that affected mining activities, plunging the Bitcoin hash rate by over 40%.

Just before the market recovered, news about the potential hike in the Capital Gains Tax by US President Joe Biden further placed a strain on the broader market. While the global stock market plunged following the multiple media reports, the digital currency ecosystem went on a freefall as investors were unable to come to terms with the new 40% tax on the humongous earnings on their crypto holdings following a highly productive year.

Every digital currency has had a fair share of a negative price trend but over the past week, Bitcoin (BTC), Polkadot (DOT), XRP, and Bitcoin Cash (BCH) came off with the biggest losses amongst the top-ranked cryptocurrencies by market capitalization.

As the most valuable digital currency around, Bitcoin’s 18.99% drop in the past week has served as a defining factor for the broader market dip. The coin traded as low as $47,714.66 in the trailing 7-day period and is unable to trade sustainably above the $50,000 resistance level. 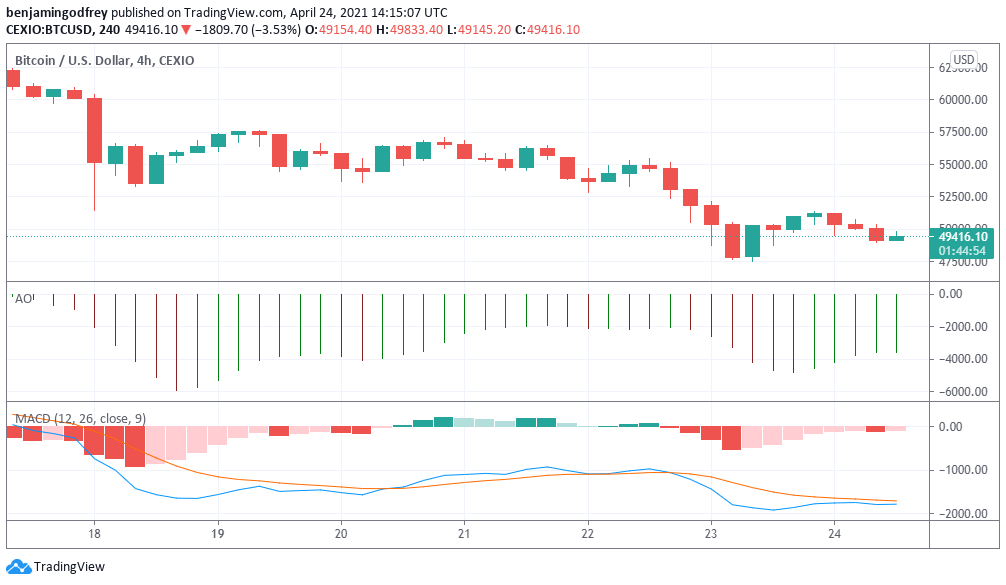 The BTC-USD 4-hour chart on TradingView is bearish on Bitcoin in the short-term, however, a potential cross of the MACD line above the signal line can kickstart a new bullish rally that can help par off the losses of the past days. At the time of writing, Bitcoin is trading at $47,714.66, down 0.57% in the past 24 hours according to CoinMarketCap.

DOT, XRP, and BCH All Trailed in the Losses

At a current price of $29.52, atop 6.03% in the past 24 hours and 32.41% over the past week, Polkadot stands as one of the biggest losers amid this market dip. The charts below are bearish on the short-term potentials of the DeFi-focused blockchain network. 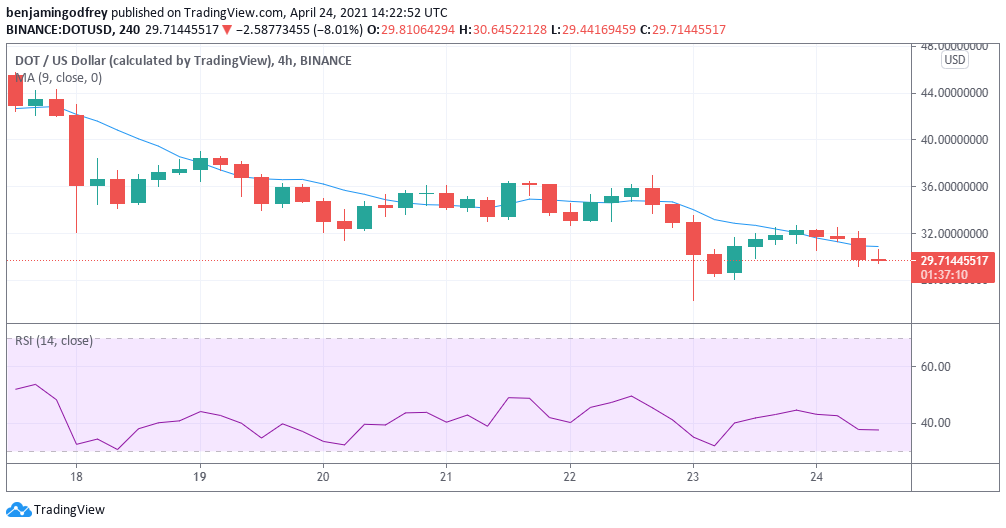 XRP has managed to regain its steps despite the ongoing lawsuit between the SEC and Ripple but the current market dip has plunged it from a weekly high of $1.58 to its current price of $1.05. Over the past week, XRP has lost as much as 33.77%. Signs of brighter days are ahead as the price trend as seen below is moving away from the bearish zone of the lower Bollinger Bands. 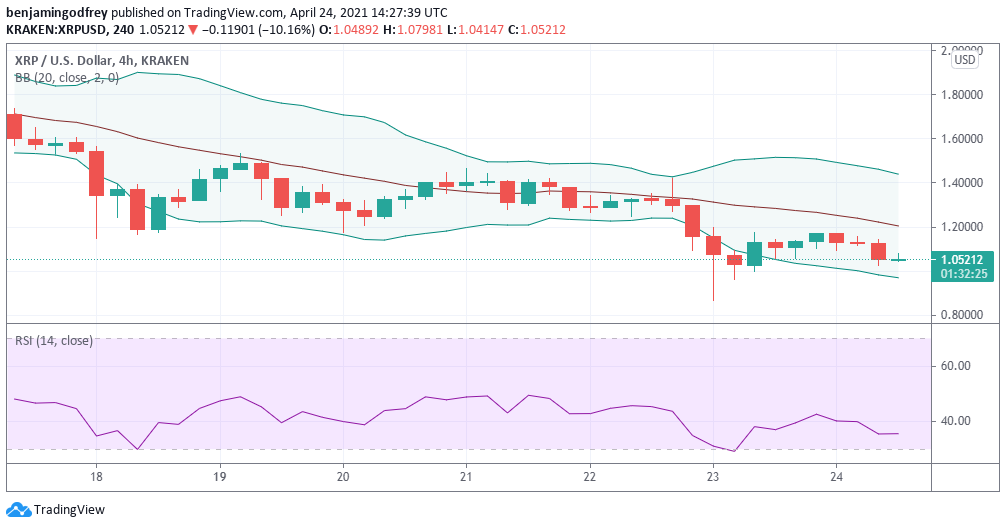 Just before the market crashed a few days ago, Bitcoin Cash has regained its gait, surging upward to regain its spot as one of the top ten cryptocurrencies by market cap. However, the bearish weight of the market, drawing in a loss of 29.56% to $772.88, the coin is back below the elite’s level. The technical indicators are conflicting about the resurgence of BCH, as the Balance of Power indicator which is above 0 has been negated by the Chaikin Money Flow indicator ticking a negative value. 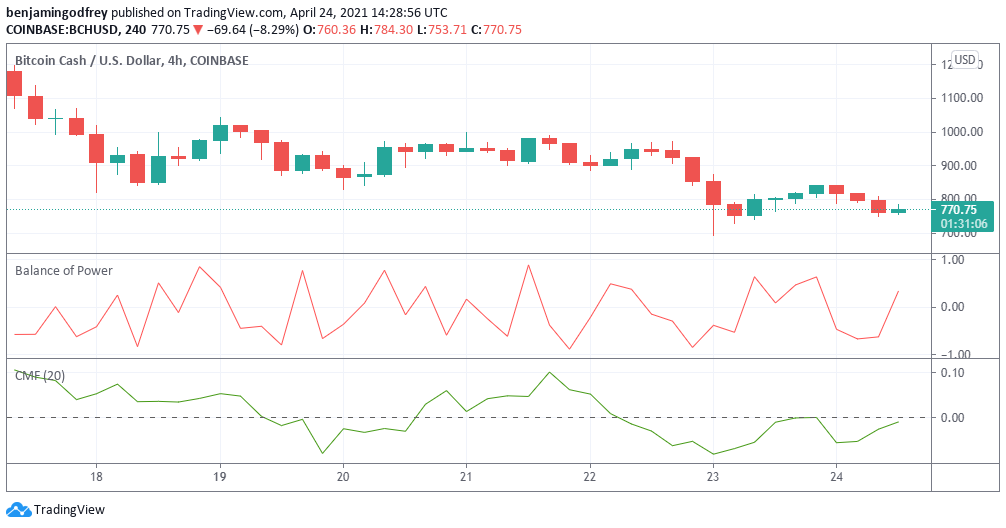 An aggressive push from the market bulls is needed to maintain a key support level for all the coins, and a probable run for recovery.