IOTA co-founder: Lummis-Gillibrand is a blessing for the crypto industry 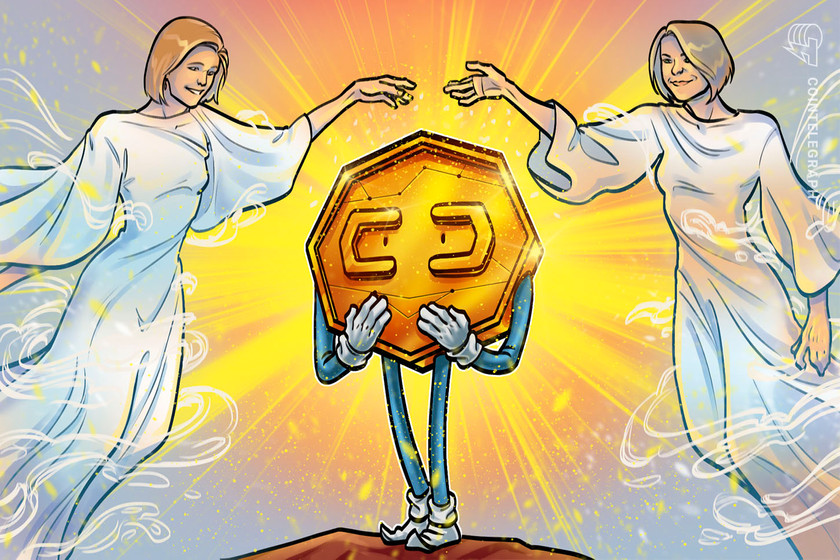 The bear market has been bad for cryptocurrency’s case against regulation. What comes next depends on how well we play ball, but Lummis–Gillibrand offers a favorable path forward.

There’s never a good time for a crypto winter, but it would be difficult to envision a worse time than right now.

Even before 70% of Bitcoin’s (BTC) value evaporated seemingly overnight, things were not going great in the court of public opinion. Negative sentiment was everywhere; a Twitter account documenting crypto bros taking it on the chin racked up hundreds of thousands of followers. Now the biggest crypto exchanges in the world are laying off full-time employees by the thousands, and the self-proclaimed “Cryptoqueen” has landed a spot on the United States Federal Bureau of Investigation’s Ten Most Wanted Fugitives list for defrauding investors out of $4 billion. Oof. The prosecution rests.

It’s easy to brush off crypto’s public-facing PR woes as being exactly that: an image problem. Looks aren’t everything. This is the domain of diamond hands, not useless hand-wringing. Leave the non-believers behind. We were never going to convince the hardcore detractors and incorrigible skeptics anyway. (The problem with this mindset, however reassuring its devil-may-care optimism, is that it always ends up advocating preaching to the choir as a viable strategy. It isn’t. It never has been.)

A faceless hoard of hardcore detractors and incorrigible skeptics have proven useful straw men since crypto’s early days. But upon closer examination and in the wake of the crash, the skeptics eager to bring us to heel are real people with real power, and they were watching us closely before that line went down, down, down.

This is happening on both sides of the Atlantic. In Washington, skepticism over crypto is increasingly the norm. Last September, Securities and Exchange Commission Chairman Gary Gensler compared stablecoins to “poker chips” and emphasized the need for Congress to increase its regulatory powers over crypto. Co-sponsored by Senators Kirsten Gillibrand (D) and Cynthia Lummis (R), an expansive regulatory bill called the Responsible Financial Innovation Act arrived on June 7, removed from the industry-shaking dip by days, not months. Another bipartisan proposal — led by Senators Debbie Stabenow (D) and John Boozman (R) — arrived in August.

From downturns to crackdowns

This bill is no symbolic gesture. It enjoys bipartisan support, for one thing, in a government where bipartisan support of anything is just about unheard of in recent years. The Commodity Futures Trading Commission, which Gillibrand helps oversee, would regulate crypto directly if (and likely when) the bill passes, reclassifying digital assets as commodities such as wheat or oil in the process.

The 69-page bill is so expansive that it may have to be broken up and passed incrementally. Lummis, it’s worth mentioning, isn’t anti-crypto. She actively invited crypto industry leaders to work with her on legislation, which bodes better for crypto on the whole than a push to simply enforce and expand existing SEC regulations.

The industry should take her up on this invitation. The Lummis–Gillibrand legislation — which is, quite frankly, preferable to the narrower Stabenow–Boozman bill — would give exclusive jurisdiction to the CFTC for digital assets, except for when the digital asset falls under the scope of securities regulation. It’s worth noting that, thus far, the CFTC has played much nicer than the SEC, which has been woefully inadequate at providing regulatory guidance, attempting to steer the industry through enforcement that, at times, borders on purely punitive.

The sooner we reach out, the better. Sensible regulation is not a bad thing for crypto, but hasty regulation could be. The fallout of this crash has the potential to create a sense of urgency among regulation-minded lawmakers, compelling them to respond and overcorrect with sweeping measures. From a regulatory perspective, the chill of this crypto winter and the failure of the market to protect investors in any way is proof that we can’t be left to our own devices. Active, open cooperation would circumvent this.

Cause for cautious optimism?

We already know what scorched earth legislation looks like, which is to say there’s precedent for an entire country just banning crypto mining wholesale. That’s unlikely to happen in the U.S. or the European Union, seeing as decentralized finance (DeFi) and traditional financial markets are by now very much entangled. In the most capitalist of terms, it wouldn’t be profitable for traditional investors and markets to do away with crypto.

But crypto was never going to get out of this scot-free. The sense of urgency created by this year’s crash will likely stymie the potential for more measured and considered regulations individually tailored to crypto’s needs. Had the crash not happened, lawmakers would’ve likely been more open to flexible, specifically designed measures.

That’s now in jeopardy. Calling crypto and DeFi a potential “risk to financial stability,” European Central Bank President Christine Lagarde is already pushing for a second, expanded version of the Markets in Crypto Assets framework that has just been formally passed. Whatever was overlooked and left unaddressed the first time, namely aspects of staking and lending, isn’t going to be missed a second time.

Related: Get ready for the feds to start indicting NFT traders

But DeFi has become something of a scapegoat. It took the brunt of the blame after this market crash, and some of that blame was misplaced. Prior to the crash, the centralized providers took excessive risks and were not transparent about how they were investing customer funds. Pure DeFi projects, where it was just a fully transparent smart contract on the blockchain, performed exactly as they were supposed to. As legislators on both sides of the pond eye it for regulation, now is the time to work with regulators to achieve balanced and sensible regulation and save DeFi’s skin in the process.

We can’t count on things to always just work out in our favor. Fears that the European Parliament’s Transfer of Funds Regulation (TOFR) would take a sledgehammer-over-scalpel approach to unhosted wallets and stymie machine economy development ended up being partially unfounded, at least for the meantime. Although it effectively enshrined the view that crypto transfers are riskier than other transfers, the TOFR’s harshest measures were diluted enough to keep unhosted wallets afloat. In any case, the legislation targeting unhosted wallets is now being shifted over to the draft of the Anti-Money Laundering regulation, where a more pragmatic approach is possible.

Related: Crypto developers should work with the SEC to find common ground

This is, in a way, good news. From a tech perspective, crypto and DeFi weren’t ready or able to oblige with the original version of the rules outlined in the TOFR. The adjustment bought us time — something that the crypto sphere won’t have if sweeping regulations come down hard and fast and without our input.

Perhaps there’s no use crying over (frozen) spilled milk. But this crash has changed the regulation game. I’m not trying to be a harbinger of doom here, but we need to be extremely proactive about approaching and working with legislators from here on out. The regulation timeline has accelerated. Now our technological development (along with our ability to adapt and negotiate) needs to kick into high gear, too.

Dominik Schiener is a co-founder and the chairman of the Iota Foundation, which oversees one of the largest cryptocurrency ecosystems in the world. The foundation’s mission is to support the research and development of new distributed ledger technologies, including the Iota Tangle. Dominik oversees partnerships and the overall realization of the project’s vision toward the machine economy.

This article is for general information purposes and is not intended to be and should not be taken as legal or investment advice. The views, thoughts, and opinions expressed here are the author’s alone and do not necessarily reflect or represent the views and opinions of Cointelegraph.