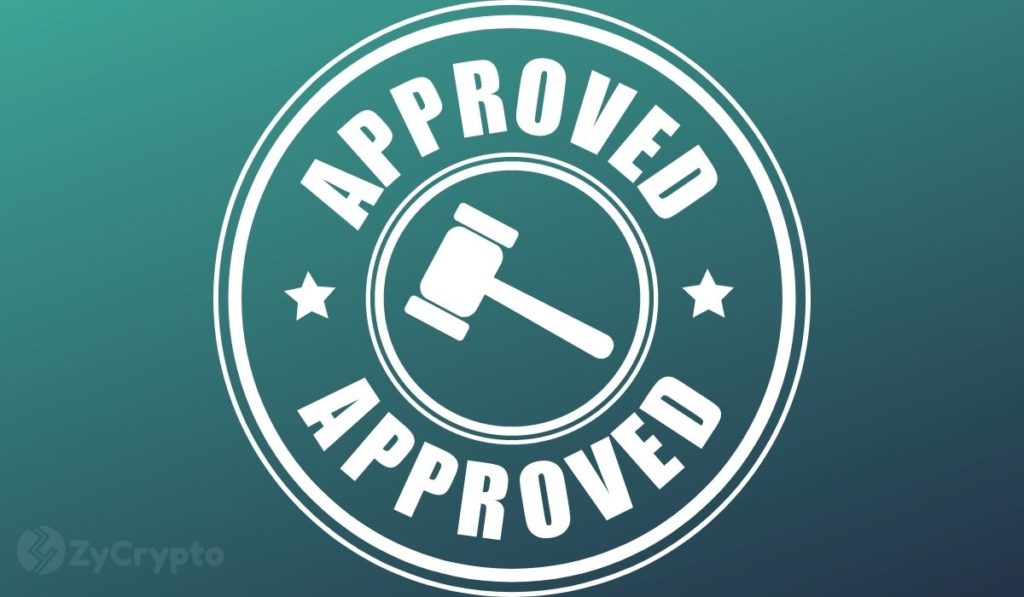 Even as crypto investors eagerly wait for the approval of a Bitcoin ETF by the SEC, the regulator recently approved a “Volt Crypto Industry Revolution and Tech ETF” in yet another step in the right direction.

The ETF which was filed in June by Volt Equity, a San-Francisco-based investment firm seeks to achieve its investment objective by offering its clients an indirect exposure to Bitcoin through companies with exposure to bitcoin and its supporting infrastructure.

The ETF fund will invest at least 80% of its net assets in what it describes as “Bitcoin Revolution Companies” and other technology companies including options and ETFs with exposure to crypto in those companies.

Although the initial application stated that the remaining 20% would be invested in Technology companies, the approved ETF now states that it has allocated 25% of its total investments to Microstrategy, an American analytics software company based in Virginia.

“The Advisor believes that MicroStrategy is generally bullish on bitcoin and may be positioned to benefit in a rise in bitcoin value due to their willingness to convert free cash into bitcoin. MicroStrategy is also a leader in championing the benefits of bitcoin to the world.” the approval read.

Fund to consist of at least 30 companies

Volt’s founder Tad Park said that the fund which is set to go live on the New York Stock Exchange (NYSE) in a few weeks with the ticker symbol “BTCR” shall consist of around thirty companies already making forays in the cryptocurrency industry. These he said would include Coinbase, Paypal, Tesla, Marathon Digital, and Twitter which recently added a Bitcoin tipping feature to its website.

Park also noted that the firm’s decision to have the fund invest in companies that support Bitcoin and the blockchain industry is because it reduces the risks associated with directly investing in Bitcoin. “Wild price volatilities in the past have proved not to have a major effect on the shares of firms such as Paypal and Tesla,” he said. He also expressed his satisfaction with the approval hoping that this was a good sign for more approvals to come moving into the future.

“A year ago, an ETF like this wouldn’t have been possible we hope this is a crack in the dam,” he told Decrypt.

Meanwhile, Bitcoin has been putting up a spirited fight against bears even as expectations for a Bitcoin ETF fund being approved by the SEC run high. In addition, Gensler’s recent comments that the SEC has no plans to ban cryptocurrencies seem to have only added steam to the already flourishing asset. At press time, Bitcoin was trading at $54,625 having gained over 30.21% in the last two weeks with more upside expected.

Bitcoin derivatives markets are experiencing increased enthusiasm as Bitcoin price pulled past $61,000 on Monday, with open interest in Bitcoin options increasing by 107% over October alone. This week, the weekly options volume reached $1.5B and the trend aligns with the overall bullish market sentiment according to the latest market review by Glassnode analysts. “The

Senator Cynthia Lummis (R.) on Sunday, expressed unreserved gratitude to God for the gift of Bitcoin in the face of the US impending monetary debt crisis. The six-year senator who has remained an unwavering proponent of Bitcoin was quoted as saying: “One of the reasons I became so interested in digital currencies, in non-fiat currencies,

After a myriad of rejections by the SEC over the past years, it has now been officially confirmed that the first-ever Bitcoin ETF in the United States is set to make its debut this week.  ProShares’ ETF To Start Trading On NYSE This week marks a landmark event in the crypto industry as the first

The first-ever Bitcoin ETF from ProShares is all set to debut on New York Stock Exchange (NYSE) on Tuesday. The Bitcoin Strategy ETF that tracks the price of the Bitcoin Futures market would be the first of its kind to get the approval of the United States Securities and Exchange Commission (SEC) after years of