Why is High Transaction Fees on Bitcoin and Ethereum a Worrying Signal? 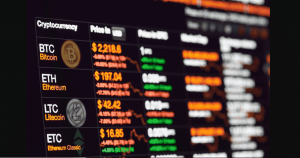 Bitcoin [BTC] and Ethereum [ETH] are the only cryptocurrencies with real fees paid for transactions.

Bitcoin and Ethereum Only, Please!

In the early days of Bitcoin [BTC], it was practically free to use with the transactions costing next to nothing. The incentive of the miners, on the other hand, was block rewards. 10 years down the line, research reveals that Bitcoin and Ethereum are the only blockchains where users are paying to use the blockchain, the rest of mining is still relying on rewards from the ecosystem.

The fees on other blockchains rarely rise above $1000 on a daily basis. In fact, Dogecoin has the highest fees generated among other altcoins.

Moreover, the fees on Ethereum recently surpassed that of Bitcoin. Hence, reflecting greater GAS usage on the blockchain in general. He tweeted,

Nevertheless, the cross between the transaction fees occurred earlier this month and while it continues to hold, Bitcoin’s fees could snap back to highs soon.

A Reason to Worry?

The growth of USDT stablecoin and DeFi on Ethereum are two of the most important fundamentally driving forces for Ethereum’s success. However, the recent increase in the Ethereum transactions has now become a worrying signal for the users, even Vitalik himself. He recently tweeted in the on-going argument and voting to increase GAS size limit on the blockchain. He tweeted,

The thing I am acutely connected to though is that the high txfees *are* making the chain much less useful for people. I’ve spent $40 on http://tornado.cash txfees recently just from transferring to *three people*.

The protocol has also been criticised heavily for not performing adequately and having to change integral aspects of it from time to time. Moreover, due to its’ utility as a smart contract platform, the fees are required to be considerably low. Grubles, a Bitcoin developer tweeted,

So Ethereum has solved nothing but lined Vitalik’s pockets it seems. It doesn’t scale. TX fees are high. Solidity contracts break every single day.

During the early days of Bitcoin, anonymous creator, Satoshi Nakamoto, envisioned a future of Bitcoin run on transaction fees. In the future fees will be the only thing driving the miners’ interest to continue ‘mining or validation’ transactions. In fact, Satoshi Nakamoto himself noted in an early conversation in 2010,

In a few decades when the reward gets too small, the transaction fee will become the main compensation for nodes.  I’m sure that in 20 years there will either be very large transaction volume or no volume.

Nevertheless, high Bitcoin transaction fees and congestion of the mempool are destructive to it. Hence, the growth of the second layer solution which is cheaper and rely on Bitcoin’s security like Lightning or Liquid network is paramount.

Overall, the entire space is still in beta mode when it comes to real-world adoption. Decentralization and development are happening simultaneously on altcoins, while leading projects, Bitcoin and Ethereum are relying on the next phase of its use.

Which other cryptocurrency do you think is likely to compete with the two? Please share your views with us.

The post Why is High Transaction Fees on Bitcoin and Ethereum a Worrying Signal? appeared first on Coingape.

No spam, notifications only about new products, updates.
PrevPreviousMining Pools Decide on Distribution of 23,000 ETH in Fees from Abnormal Transactions
NextWeWork Now Accepts Payments In Bitcoin — And Will Hold The Crypto On Its Balance SheetNext
On Key